So here I am battling weight loss on top of finding out I have Fibromyalgia and yesterday my daughter had a hike with her Daisy Troop. Originally I was going to send my daughter, didn't know if I would be up to it, but I decided to go not having any idea how long the hike would be. 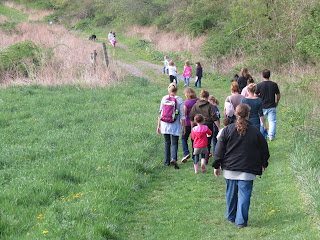 Sure I was behind while everyone one was ahead. Even a mother and daughter who came late bypassed me. I had to stop along the way, and even almost gave up at one point, 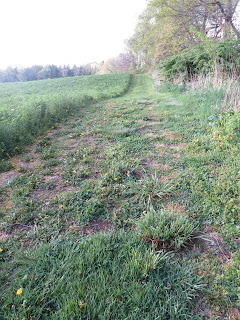 all I could think was that I was going to let my daughter down, but I swallowed my tears, telling myself just one step at a time. Guess what? This 360 pound mama made it the whole way and I am so proud of myself. I broke a sweat, and I felt energized after it was all over. Yeah Me.
Taking a hike was one of my goals and even though it was hard work I managed to achieve it.